Founded in June, 2016, WCTF invites the world’s best CTF teams and security experts to gather together on this hacking fest. It is organized by 360 Vulcan Team and exclusively sponsored by Qihoo 360. Now, WCTF has become one of the top world-class CTF competitions in China.

Battle
Master WCTF-We've selected 10 world top teams based on their rankings on and performances over the last year. They are competiting for a total bonus of 100000 USD. Campus WCTF-The committee invited 10 excellent teams from top universities of China, fighting for not only generous bonus, but also a direct ticket to next year's Master WCTF. on-Line WCTF: Opens to all CTF players.

Seminar
WCTF provides a platform for the top hackers in the world to battle in the cyber space. More importantly, as part of the competition, players will share their problem-solving method and ideas in the end. This will be a great opportunity to learn from each otehr and communicate security technique and thinking with the top talents. The excitement and content is comparable to the top security conferences and we believe it will become a wealth for all the participants.

Dragon Sector is a Polish Capture The Flag team. Established in February 2013, it currently comprises of 14 active members. We frequently participate in both online and offline security Capture The Flag competitions, publish write­ups on CTF tasks (both on our blog and in a Polish magazine „Programista“) and occasionally organize CTFs for other hackers
Current CTFTIME Ranking: 5; CTFTIME 2017 Ranking: 4

0daysober has members in several countries, but we are all united behind the flag of Congo Brazzaville, because Congo rules! We have played in a number of online and on-site events and have been organizing the Insomni'hack CTF for a few years. As our team name suggests, we like pwning as much as we like to drink... Current CTFTIME 2018 Ranking: 7

From the US, members of Shellphish are the winners of the prize of $750,000 USD in the Cyber Grand Challenge Final Event hosted by US DARPA (Defense Advanced Research Projects Agency)
CTFTIME 2017 Ranking: 9

TokyoWesterns is a team whose members (live in/go to university in) western side of Tokyo. Th team held Tokyo Westerns CTF 3rd 2017. They won the second prize in WCTF 2017 with a bonus of 30,000 USD.
Current CTFTIME Ranking: 3; CTFTIME 2017 Ranking: 5

We, Nu1L, a CTF team comes from China, took the name from the word "NULL". We are a group of whitehats who loves CTFs and cyber security. We've held N1CTF(https://ctftime.org/event/584) in 2018. We've also won the championship of BCTF in 2017 and 2018, recently we've got 10th place in HITCON CTF. There are people among us who participate in professional hacking contests like Pwn2Own & Geekpwn and security conferences like HITCON, KCON and Blackhat.

Eat Sleep Pwn Repeat is a combined effort of the CTF teams StratumAuhuur and KITCTF. We host the annual 3CC3 CTF at the Chaos Communication Congress and have participated in the DEF CON CTF. As our name suggests we love pwning challenges! We wish all competing teams good luck and fun for the CTF. CTFTIME 2017 Ranking: 2

217: From National Taiwan University. Ranking No. 5 on CTFTIME at 2018. 217 has gained innumerable great achievements among international CTF contests, such as the champion of first XCTF, the first place of Plaid CTF and the champion of SECCON CTF.

r3kapig is a united CTF Team mostly emerges from Eur3kA and FlappyPig since 2018. And just so you know, r3kapig is a delicious dish that can be grilled and fried, and the mission of the team is to provide the most delicious food for the host. :P We actively participate in online and on-site CTF competitions. You can browse our recently participated events and ranks on CTFtime. We are a group of cybersecurity enthusiasts interested in various areas including software security, web security, cryptography, IoT security, etc.

Beijing University of Posts and Telecommunications

360Vulcan
360Vulcan Team is the binary vulnerability research team in 360 Internet Security and Innovation Center. Team members are great at vulnerability exploiting and have in-depth understanding of system security. Meanwhile, they are also experienced in product research and development. Some members have been nominated for the MSRC TOP 100. Some of them have also been awarded with the Microsoft BlueHat Prize and the Microsoft Edge Project Spartan for multiple times. This battle-hardened team used to impress the world with break records in IE browser on Pwn2Own 2015, Adobe Flash Player and Google Chrome on Pwn2Own 2016, Windows Edge and Adobe Player on Pwnfest 2016.On Pwn2Own 2017, 360Vulcan Team led the 360 Team successfully broke Windows Edge, Windows 10, Apple Safari, Mac OS and Adobe Flash Player to become the champion and has been awarded as the "Master of Pwn". So far, 360Vulcan Team has submitted hundreds of high risks security vulnerabilities to major software vendors like Microsoft, Google, Adobe.

Li Kang
Li Kang is a professor of computer science at the University of Georgia and the director of Georgia Institute for Cybersecurity and Privacy. His research interests are in the area of system and network security. His research results have been published at academic conferences such as IEEE S&P, ACM CCS, and NDSS. KANG LI has been actively participating industrial security conferences. He has presented multiple times at both BlackHat US and ShmooCon KANG LI has more than 10 years of experiences organizing and participating CTF competitions. He is the founder of multiple CTF teams, including Disekt, SecDawgs, and Boyd306. He is the founding mentor of the Blue Lotus team and an early initiator of the XCTF competition league.

Pangu Lab
Pangu Lab is a security laboratory consisting of many senior security professionals with rich experience across a wide range of security research and industrial development. The members of the Pangu Lab discovered hundreds of 0day vulnerabilities in major operating systems and applications, and presented many papers and talks at the premier forums such as Black Hat, CanSecWest, Syscan, RUXCON, HITCon, PoC, XCon , IEEE S&P, USENIX Security, ACM CCS, and NDSS. Pangu Lab’s current research focuses on mobile security. Team Pangu is known for its multiple releases of untethered jailbreak tools for iOS 7, iOS 8, and iOS 9. Team Pangu was also the first to jailbreak iOS 8 and iOS 9 in the world. Besides iOS, Pangu Lab also made great progress in Android security research, and developed various products for discovering vulnerabilities in Android apps, detecting malicious Android apps, and mining mobile threat information.

Zhang Chao
Dr. Zhang Chao is an Associate Professor at Tsinghua University. He was selected and nominated as a member of the national youth project “Thousand Talents Program” and the “Young Talents Lifting Project” of China Association for Science and Technology. His main research area is system and software security, focusing on vulnerability research, exploitation and defense, Dr. Zhang has published a number of research papers on many well-known academic journals, including one that is of the 10 most-cited scientific papers by BIG in 2013. His research results also won Microsoft BlueHat special nomination award. Under his leadership, his team participated in the DARPA Cyber Grand Challenge and was the winner of preliminary defense game and runner-up of the attack game. As a former player of Blue Lotus, he and the team used to win the second prize in the Defcon CTF in 2016. 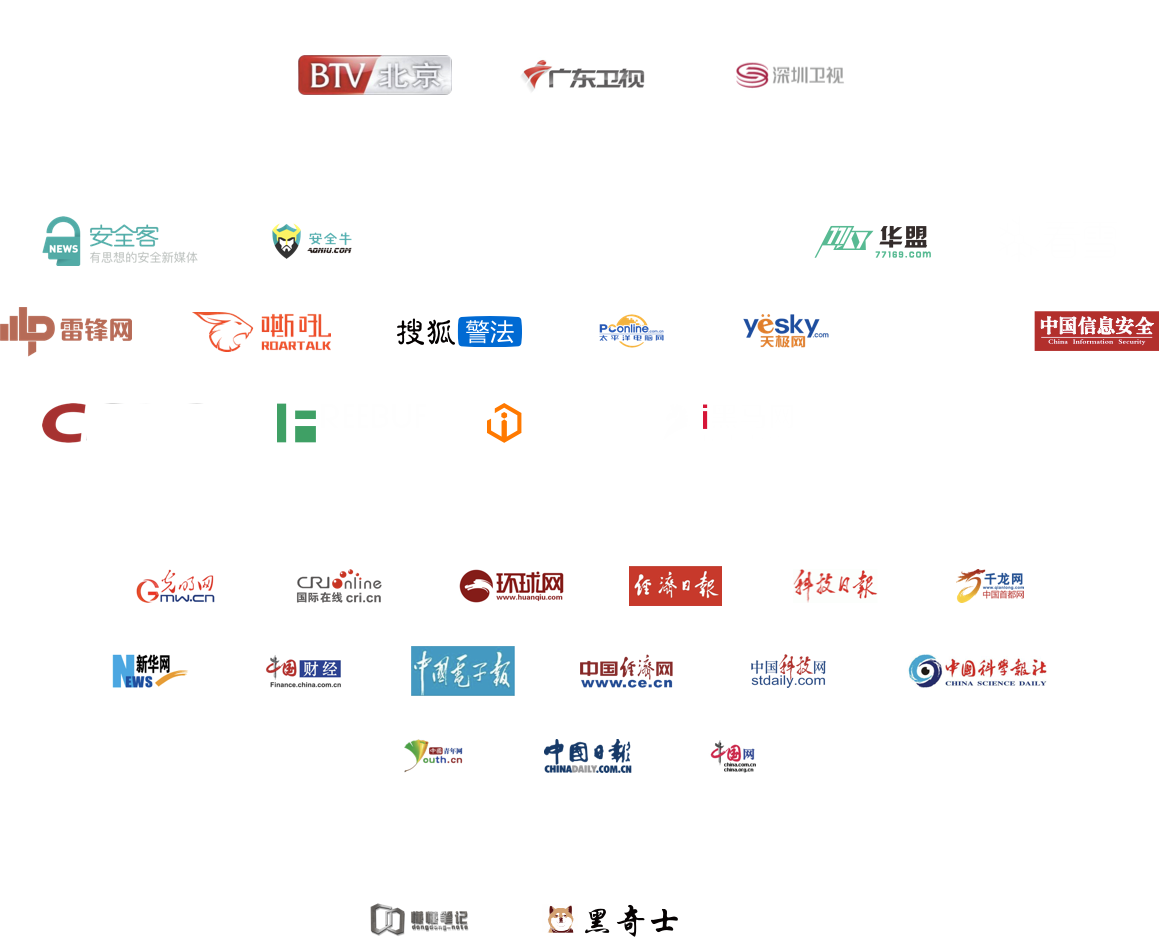 *Please be notified that that the tickets are not refundable.

Please send email to wctf@360safe.com, we will get back to you asap.

you’ve successfully registered with us. An activation link has been sent to your registration email, please click the link to activate your account.